Manjinder Singh Sidhu’s brand new book Bollywood Gay has been released! We have a very special interview for you about this book from the budding author himself.

1) Welcome to our interview- please could you tell us a bit about yourself and why you are campaigning for LGBT rights?

“Hey, sure I can. I am an out gay Sikh guy who has been advocating for Human Rights for nearly 10 years now. I have worked in Europe, the Middle East and Asia for the United Nations, Governments and NGOs. I always made sure I volunteered with LGBTI organisations abroad in my spare time. Whenever I would come back to the UK I would realise how far behind we still where as a community. The South Asian LGBTI I knew were still having marriages of convenience, being forced to marry someone of the opposite sex or were living in guilt and shame. I felt like someone had to do something about it, and why should that someone not be me.”

2) What motivated you to write a book called Bollywood Gay and who and how
can your book help?

“Never in my wildest dreams did I ever think I would write a book, least of all one with a daring title as this. I had come back from making documentaries in India for a New York NGO and was meant to fly to Australia to work for an Anti Slavery organisation, which fell through. On my walk to a metaphysical store I saw a tarot reader who said I was destined to write books, provide counselling and help people. I rejected the idea, until I kept being re-directed to write this book. I sat down, and as if by magic, the title, and content all came to me.”

3) Are LGBTI South Asians not already represented in Bollywood and why do
you think this is?

“Now don’t be mislead by the title. The book is not explaining the situation for gay people in Bollywood, nor is it a romantic novel like the movies! It is a self help book which aims to purify the mind of guilt and shame. But to answer your question, LGBTI are not represented in the most diverse light in which they should be. Often they are stereotyped and boxed into 2 dimension characters. The reason of course is due to the discomfort South Asia has with sex and sexuality in general, as outlined in Section 377 which outlaws homosexual acts of the penal code.”

4) What are the main challenges you face as an activist from the South
Asian community?

“The community does not seem ready to deal with LGBTI at the moment. The South Asian media, religions and community all have a sour distaste when it comes to other sexualities. This obviously prevents dialogue, transparency and healing. The occasional negative comment on social media and attack on YouTube is of course something I have to face. But I think it is a small cost to the wonderful reach and work that is done.”

5) Is racism prevalent on the gay scene and what can organisations do to
combat racism?

“In the Western world unfortunately the white male is still seen as the one with the power. When we think this, more and more, we give up our power to him. Thus as the book explains, owning your own race, and being comfortable with yourself obliterates your experience in racism on a day to day basis. Certain organisations such as Stonewall are trying to help raise awareness, but being white centric organisations, their agendas stay
with the mainstream. It is up to us to campaign and stand up proud, but many of our LGBTI South Asians live closeted, or only come out at night to pride, during the day the shame prevents them from marching with one another.”

6) You recently spoke at the House of Commons about the South Asian LGBT
experience- what response did you get from politicians?

“It was an exciting experience. I asked for funding, visibility and support. I also asked politicians to put pressure on South Asian prime ministers to overturn homophobic British Colonial laws. Let’s watch this space.”

7) When is your book released and how can our readers purchase your book ?

“It is out now and available in most countries around the world in Hardback, Paperback, Kindle, Ebook and Audio. Click this link to find out more: 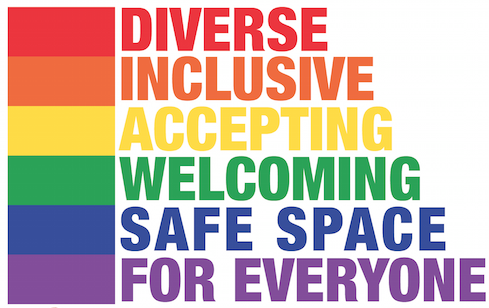 Disclaimer: This site contains diverse views and links which are not necessarily representative of British Asian LGBTI group and does not seek to cause offence to community groups, but encourage acceptance of minorities within the community.
Loading Comments...
%d bloggers like this: